GTX 780 Review: Is This GeForce Graphics Card For You? The GeForce GTX 780 graphics card was a revolution for gamers upon its release in 2013. The many features of this graphics card make it a great choice for powerful PC gaming. This review examines the GTX 780 from all angles to give gamers more information about whether this is the right graphics card for their needs.

GeForce is a well-known product line among serious gamers. The line of GeForce graphic cards, also known as graphic processing units or GPUs, is produced by Nvidia, an American technology company based in California. The GeForce graphic cards are manufactured for both the gaming market as well as the professional market. Nvidia is a leader in the graphics technology industry and has hosted an annual GPU conference since 2009.

The GeForce line of graphic cards is extensive. The product family that the GTX 780 belongs to includes a wide range of other models, starting with the GT 705 and moving up through the GTX 780 Ti and TITAN models. In this review, we’ll be focusing on the features and benefits of the GTX 780 graphics card. 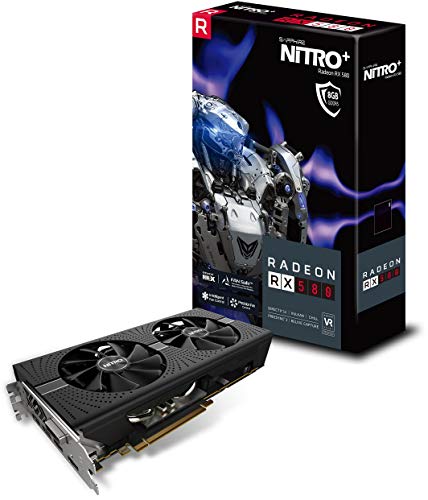 What is a graphics processing unit?

Before we delve into the specifics of the GTX 780, it can be helpful to provide a brief overview of what a graphics card, or GPU, is and how it functions. This is useful as you shop for graphics cards, because it will familiarize you with the common features that most GPUs provide, as well as any proprietary technology or unique features that the GTX 780 offers.

Modern GPUs handle a process known as video decoding, which in itself contains a number of different processes. What’s important to know is that the graphics card performs calculations to render 3D video graphics, as well as basic 2D acceleration. The graphics card is what helps the computer render the images quickly, and it is not the same thing as a video card.

Most GPUs are designed for a specific type of use. For example, the GTX 780 and the other GTX graphics cards are made specifically for gaming purposes. Therefore, when you are shopping for a graphics card, you should make sure that you are looking for one that is made for enhancing gaming capabilities and not something else, such as cloud gaming or a workstation. Other types of GPUs are designed for these specific uses.

GeForce graphic cards are the original GPUs as Nvidia introduced the first one, the GeForce 256, on the market in 1999 as the world’s first GPU. That means the GeForce graphic cards have provided continual innovation since their introduction. The company has specific technology that comes with their various graphics cards, and the GTX 780 includes a lot of the most recent innovations.

The GTX 780 includes Nvidia’s Kepler GPU architecture. It works with Microsoft’s graphic technology, DirectX 11, which powers many of the most sought-after games on the gaming market today. This architecture includes a new SMX-streaming multiprocessor that Nvidia says is twice as efficient as the prior generation, and twice as fast. That makes the GTX 780 a truly high performer for gaming speed and output.

What Makes the GTX 780 Unique?

?The GTX 780 takes speed and performance to a new level over its predecessor. It includes a new fan technology that makes it super quiet as well. It also boasts a smooth gaming experience with hyper-realistic graphics in real-time play.

The GTX 780 has 2,304 CUDA cores, which is 50 percent more than the 680. CUDA technology was also designed by Nvidia. It originally stood as an acronym for Compute Unified Device Architecture. CUDA cores are optimized to run a lot of calculations simultaneously. Therefore, the higher number of CUDA cores on your graphics card, the better the graphic performance will be. CUDA cores handle the heavy lifting of graphics rendering, simultaneously calculating to provide the specific details of graphics such as lighting and shadows. However, CUDA cores are not the only number to take into consideration when choosing a graphics card.

The GTX 780 is 35 percent faster than the previous version, the 680. It has 50 percent more memory, with 3 gigabytes of framebuffer. In a graphics card, framebuffer is the computer memory, or RAM, that drives the video display.

The GTX 780 includes a proprietary technology called GP Boost 2.0. This technology allows gamers to maximize their gaming performance by giving them the ability to utilize special controls during their gaming.

For example, a gamer can decide that he or she wants the GPU to run at a specific temperature using the temp target feature. This requires third-party software such as EVGA Precision X. When a gamer downloads the software to run with the GPU, he or she can decide how to target and manipulate the GPU’s performance for maximum output in a specific game. Since temperature was found to inhibit performance more than power consumption, this control allows for improved performance.

There are also “overvolting controls” that allow adventurous gamers to truly push their card to the limit. Overvolting pushes the card performance beyond what is considered “safe” limits. Although such use could actually void the graphic card’s warranty, it can provide truly significant boosts in performance for those who wish to use it. Although this isn’t a recommended use, it is a feature that some gamers may enjoy because it allows them to push the card’s capabilities to their absolute maximum limits.

The GTX 780 also has a special technology, known as PhysX, which renders graphics in a stunningly lifelike way. When the user performs a particular action in a game, such as shooting, the results are rendered much like they would actually appear in a real-world situation. Another example of how this technology works is through the weather and environment features in the game, such as fog. When players on screen walk through clouds of mist or fog, their on-screen bodies actually displace the fog, as if they are following laws of physics that are found in the real world. This makes for an intensely realistic gaming experience.

Another technology on this graphic card is known as GeForce Experience. This software allows users to easily keep up with driver updates because it automatically downloads and installs updates for the GPU. Another feature of the GeForce Experience software is OPS, which stands for Optimal Playable Settings. This optimizes the settings for your PC to provide you with the best gaming experience. You just have to click on the suggested optimized settings and they instantly go into effect. This is a great feature
because it shows you the settings you are currently using and how you could maximize these settings without losing performance, and instead gain increased performance.

The GTX 780 has some hardware technology that allows the graphics card to run quieter and cooler than its predecessor, the GTX 680. All the components are placed on the printed circuit board. In the GTX 780’s printed circuit board, there is a new aluminum baseplate. This helps transfer heat away from the GPU itself and other board components so that the entire unit runs cooler.

The rear-mounted fan is made from acoustic-dampening material. This is designed to decrease the noise output of the fan itself. The exhaust air is blown out from the rear of the computer’s chassis so that it is away from the graphic card components, keeping them cooler as well.

When it was first released in May 2013, the GTX 780 had a recommended retail price of $649. It followed its predecessor, the GTX 680, which was launched in 2012. Since graphics card technology rapidly evolves with new models, nowadays you can get a used GTX 780 GPU for about $220.What Gamers and Reviewers Are Saying

Reviewers commented specifically on a range of particular features. Some mentioned the addition of WaveWorks and FaceWorks technologies, which render waves and faces more realistically. Others highlighted a feature in the graphics card called ShadowPlay. This feature perpetually captures the last 20 minutes of gameplay for playback.

Most reviewers acknowledged that the GTX 780 ran at higher speeds across the board when compared to its predecessor model. They were generally impressed with its performance as well as the reduction in fan noise. At the time of its release, this GPU allowed gamers to play games at higher performance levels than they had previously been able to.

Some reviewers were concerned with the price because its initial retail price of $649 placed the GTX 780 on the high-end GPU market. However, the market for high-end GPUs has been relatively stable, and that price didn’t seem to detract buyers who were in the market for a graphics card that offered many of these advanced features.

One main competitor to the GeForce GTX 780 is the AMD RX 580. Nowadays the AMD RX 580 comes in at a just slightly higher price than the GTX 780, with an average price of about $300 used. The GTX 780 has a higher memory bandwidth, more texture mapping units, and more render output processors. However, the RX 580 has a significantly higher clock speed, memory, texture rate, and face-mapping score. The RX 580 also came in with higher, more effective memory and clock speed, and it has better floating-point performance.

Depending on what your priorities are in a graphics card, you could most likely go with either the GTX 780 or the RX 580 and be happy with its performance. If price is more of an issue, you can likely find the GTX 780 at slightly lower used prices. However, if memory is of utmost importance, the RX 580 has around 2.8 times more memory than the GTX 780.

There are so many graphics cards on the market nowadays, it can be hard to narrow down which one to choose. If you aren’t in the market for a new card, and could be happy with the performance of the cards that were considered relatively high-end upon their release in 2013, then the GTX 780 could be the right choice for you.

The Nvidia name is about as close to a gold standard as gamers can get in terms of graphics cards. The quality of the brand stands up over time, which makes it plausible to purchase the GTX 780, despite the fact that it was released several years ago and can be hard to find, discontinued or out of stock, leaving the majority of shoppers to choose used units.

Much will depend on the use you wish to make of your graphics card. Games are constantly changing, innovating and improving, so if you are looking for a graphics card that will render top performance on the very latest games, the GTX 780 is likely not going to be your first choice. However, if you are a gamer who is looking for great performance on a wide spectrum of games, and you are willing to sacrifice a few years of technology in the process, this may be just the ticket. 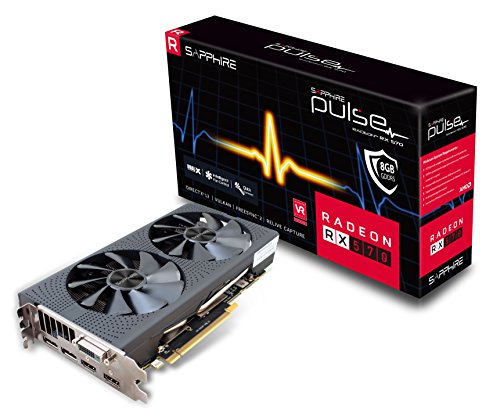