The Pentium G4600 is a low-cost CPU with two cores, two threads, and 3.6 GHz clock, being one of the most inexpensive models from Intel right now. Let’s see how fast it is for programs and games

When launched, the Pentium G4560 (read our review here) became an instant hit.  Since it had similar specs to the Core i3-7100 (review here) but sold for almost half the price, it often sold out in most stores. Because of the “law of supply and demand”, it became more expensive than its brother, the Pentium G4600, even though the model was a little superior (it had a 100 MHz higher clock and a better-integrated video than the G4560). 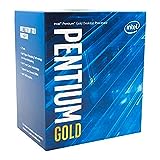 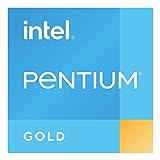 Figure 1 shows the package of the Pentium G4600.

In Figure 2 we have the package content: a cooler, the CPU itself, a manual, and a case sticker.

The underside of the CPU can be seen in Figure 4.

We used a GeForce GTX 1080 video card on all tests.

Let’s compare the main specs of the reviewed CPUs on the next page.

On the Fire Strike benchmark, the Pentium G4600 also performed similarly to the Core i3-7100.

On the Sky Diver benchmark, the Pentium G4600 and the Core i3-7100 performed similarly.

Cinebench R15 is based on Cinema 4D software. It’s very useful to measure the performance gain obtained by the presence of several processing cores while rendering heavy 3D images. Rendering is an area where a bigger number of cores helps a lot because usually, this kind of software recognizes several processors (Cinebench R15, for example, can use up to 256 processing cores).

We ran the CPU benchmark, which renders a complex image using all the processing cores (real and virtual) to speed up the process. The result is given as a score

Blender is an image and movie rendering software that uses all the threads of the CPU. We used the program to render a heavy image of a project named Gooseberry Benchmark. The graph below shows the time the CPU used to finish the image, so the less, the better.

On its current version, the well-known hardware identification software CPU-Z comes with a benchmarking tool, which measures CPU performance for one core and for all available cores.

Grand Theft Auto V, or simply GTA V, is an open-world action game released for PCs in April of 2015, using the RAGE engine. In order to measure the performance on this game, we ran the performance test of the game, measuring the framerate with FRAPS.
We ran GTA V at Full HD, with all image quality set as “normal” and MSAA off.

Rise of the Tomb Raider

Rise of the Tomb Raider is an adventure/action game launched in January of 2016, based on Foundation engine. In order to measure the performance using this game, we ran the benchmark included on it, using Full HD resolution and graphics quality set to “medium”.

The Witcher 3: Wild Hunt is an open-world RPG, released in May of 2015 and based on the REDengine 3 engine. In order to measure the performance on this game, we walk around at the first scene of the game, measuring the framerate with FRAPS three times. We ran the game at Full HD (1920 x 1080), with image quality set to “medium”.

We concluded that the Pentium G4600, like the Pentium G4560, performs pretty much like the Core i3-7100. This was actually expected since the only difference between them is 300 MHz in the clock rate.

The Pentium G4560, on the other hand, has a lower-end integrated GPU, and 100 MHz lower clock. If you use a dedicated video card, the Pentium G4560 and the G4600 will perform similarly so you should just buy the less expensive one.

But if you’ll be using integrated video, it’s worth buying the Pentium G4600, even if it costs a little more.

AMD, together with Intel, is one of the major processor manufacturers known in today's market. … END_OF_DOCUMENT_TOKEN_TO_BE_REPLACED

The Phoenix character in Valorant is one of the most amazing to play. Being aggressive, Phoenix will … END_OF_DOCUMENT_TOKEN_TO_BE_REPLACED