Available for years, the dual-channel architecture, in theory, doubles the RAM access bandwidth on your computer. On our today’s test, we will see if is there a significant impact on gaming performance when you enable the dual-channel mode.

To understand the theory under the dual-channel architecture and how to enable it, please read our tutorial  “Everything you need to know about the Dual-, Triple-, and Quad-Channel Memory Architectures”. 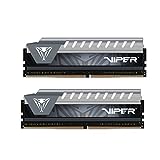 Every person with a good knowledge about computers will agree: if your computer supports dual-channel mode, it is better to buy two memory modules than a single module with twice the capacity. Doing so, the maximum bandwidth of the memory doubles, because both modules are accessed simultaneously. Tests prove that, in memory-intensive applications, the dual-channel mode can improve the computer performance.

But how about gaming performance? We know that, in many games, the performance is dictated almost exclusively by the video card, and only a few ones depend on a high-performance CPU. Will the dual-channel memory mode present any impact on gaming performance? This is what we are testing today.
In order to test this, we ran eight modern games on a typical high-end gaming computer, using two 8 GiB DDR3 memory modules (for a 16 GiB total RAM), first configured in single channel (using the two first memory slots of the motherboard) and then in dual-channel (skipping one slot, so using two slots of the same color). In both scenarios, we ensure the memory modules were running at the same speed and latencies. So, the only difference between the two tests was that memory configuration, on single or dual-channel mode.
Figure 1 shows the memory modules we used.

In the next page, we will list the test configuration.
[nextpage title=”How We Tested”]
In our test sessions, we used the configuration listed next. In the two test sessions, the components were the same, and the only difference was the memory configured as single or dual-channel.
Hardware Configuration

Error Margin
We adopted a 5% error margin. Thus, differences below 5% cannot be considered relevant. In other words, products with a performance difference below 5% should be considered as having similar performance.
[nextpage title=”Battlefield 4 and Dirt Rally”]

Battlefield 4 is the latest installment in the Battlefield franchise, released in 2013. It is based on the Frostbite 3 engine, which is DirectX 11. In order to measure performance using this game, we walked our way through the first mission, measuring the number of frames per second three times using FRAPS. We ran this game at 1920 x 1080, setting overall image quality at “high.”
The results below are expressed in frames per second (fps) and they are the mean between the three collected results.

In this test, there was no performance change when enabling dual-channel.

Dirt Rally is an off-road racing game released in April 2015, using Ego engine. To measure performance using this game, we ran the performance test included in the game, in 1920 x 1080 (Full HD) resolution and image quality configured as “high” and 2x MSAA.
The results below are expressed in frames per second (fps).

In this game, the test with single channel showed a 6% higher performance compared to the test with memory configured as dual-channel.

Dragon Age: Inquisition is the most recent game from the popular action RPG franchise Dragon Age. It was launched in November 2014 and uses the Frostbite 3 engine with SpeedTree.
We ran the game at 1920 x 1080 (Full HD), with all quality options at “high”, measuring three times the framerate with FRAPS.
The results below are expressed in frames per second and represent the arithmetical mean of the three collected results.

Dying Light is an open-world horror game launched in January 2015, using the Chrome Engine 6. We tested the performance at this game with all quality options at “high”, at 1920 x 1080 (Full HD), measuring three times the framerate using FRAPS.
The results below are expressed in frames per second (fps) and they are the mean between the three collected results.

On this game, the performance with dual channel was 14% higher than the obtained with single channel.

Grand Theft Auto V, or simply GTA V, is a open-world action game released for PCs in April of 2015, using the RAGE engine. In order to measure the performance on this game, we ran the performance test of the game, measuring the framerate with FRAPS. We ran GTA V at 1920 x 1080, with image quality set to “high”.

This game shown no significant difference between single and dual-channel modes.

Metal Gear Solid V: The Phantom Pain is a stealth action game launched in September of 2015, and it uses the Fox engine. In order to measure the performance on this game, we ran same mission three times, measuring the framerate with FRAPS. We ran the game in Full HD, with image quality set as “high”.

In this game, the performance with the memory configures as single channel was 9% higher than the seen with dual-channel.

Metro Last Light is an horror/shooting game that uses the 4A engine, launched in 2013. In order to measure the performance on this game, we ran its introduction, measuring the framerate with FRAPS three times. We ran the game in Full HD, with the graphic quality set as “high”, and the “SSAA” option off.

In Metro Last Light, there was no significant performance difference between single or dual channel modes.

The Witcher 3: Wild Hunt is an open-world RPG, released in May of 2015 and based on the REDengine 3 engine. In order to measure the performance on this game, we walk around at the first scene of the game, measuring the framerate with FRAPS three times. We ran the game at Full HD (1920 x 1080), with image quality set to “high”.

In this game, the performance was equivalent in both tests.

[nextpage title=”Conclusions”]
Besides that, theoretically, the dual-channel mode doubles the bandwidth between the CPU and the memory, it does not mandatorily result in a perceptible impact on the performance of a specific program. In most of the games we tested, there was not significant performance gain when we enabled the dual-channel mode.
In some cases, there was actually a performance drop when the dual-channel mode was enabled. It can be a simple statistic fluctuation (the ideal was to repeat each test dozens of times in each configuration to avoid it, which is not viable) or even a behavior of the CPU memory controller, working more optimally (maybe with smaller latencies) in the single channel mode.
The fact is that, in the configuration we used an in the games we select, there was no advantage in using memories on dual-channel. This means that, in some cases, when an 8 GiB module is less expensive than two 4 GiB ones (for example), you can install only one memory module with no fear of losing performance.
But please keep in mind that those results apply only for the hardware and software configuration we used. With a different setup, results may be different.